The idea of a Bobby Hutcherson songbook had been floating for a while, but his recent passing urged us to make it happen and give his music the homage it deserves. To cover this amazing repertoire, we have the honour of welcoming the great vibes and marimba player Orphy Robinson.

Orphy Robinson is one of the major figures of the UK jazz scene – he has released records on Blue Note and played with Don Cherry, David Murray, Henry Threadgill, Courtney Pine, Jazz Warriors and Andy Shepherd.

Bobby Hutcherson’s repertoire is so vast and varied there’s no way one set of covers would do it justice. So, we had TWO 45 minute sets covering some of his best tunes. The tunes selected are mainly from the Blue Note catalogue, where Bobby featured either as leader or sideman. The albums we looked at were ‘Components’, ‘Stick up!’, ‘San Francisco’, ’Montara’, ‘Knucklebean’ and more.

Lexus Blondin & Born Cheating span before, during & after, Kiran went hard on the food and all proceeds from the booking fees went to Calais Action, via Party for the People.

This gig later went on to be Winner of ‘Live Experience of the Year’ Jazz FM Awards 2017. Certainly an honour, one that was only slightly marred by a double win for infamous jazz legends The Rolling Stones. 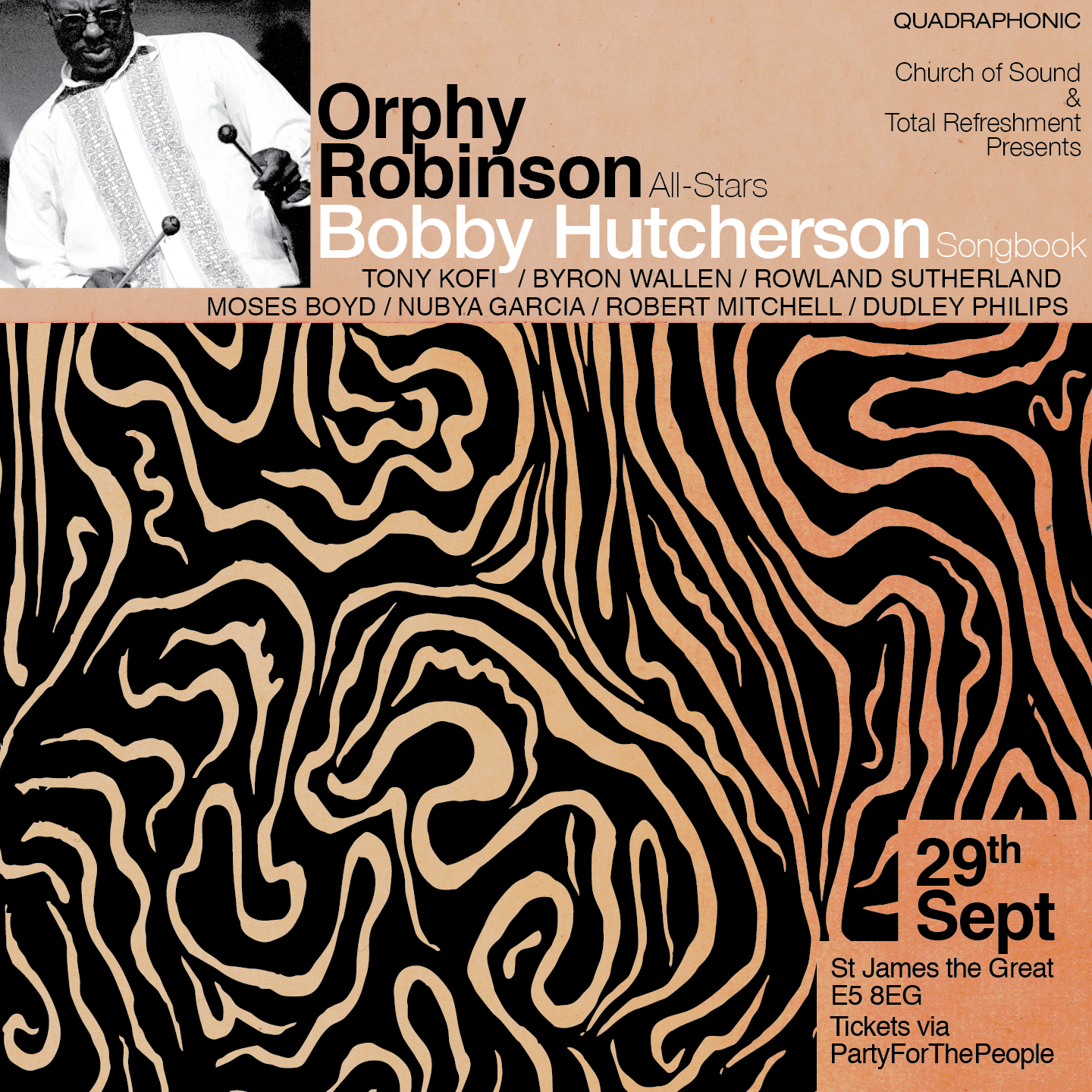 Vibes player Orphy Robinson, one of the major figures of the British jazz scene, is to pay tribute to legendary vibes man Bobby Hutcherson with an all star band at Church Of Sound in Clapton, East London on Thursday September 29th.

American jazz man Hutcherson recently passed at the age of 75. His legacy is a vast repertoire with many cherished classic recordings, particularly for Blue Note Records which will make up the majority of Robinson’s production. The band will play music from albums like ‘Components’, ‘Stick up!’, ‘San Francisco’, ’Montara’ and ‘Knucklebean’ as well as reflecting Hutcherson’s work with Eric Dolphy and more…

Vibraphone supremo Orphy Robinson drops in to visit the Church of Sound crew, sharing memories about Bobby Hutcherson, Clapton, Lower Clapton & Murder Mile, followed by a mix. To find out more about Church of Sound, listen to the one hour special on WWFM…

Church Of Sound is a live music team with a difference. Taking hold of Hackney’s historic St. James the Great church, the team place the performers in the centre of the action – with the audience gathered around. It’s an atmospheric, intimate approach, and one that has already gained a dedicated cult following comprising of jazz fans, music buffs, and those simply curious for something new.